History of the Kennel

Ever since I grew up I was impressed by long-haired hunting dogs, no matter if this was an Irish Setter, German Long Hair or Munsterlander. But I was not allowed one of my own when I was a child.
Yet, when I moved to Austria in 1989 and with a boyfriend who was a hunter, it seemed natural to buy a hunting dog. We quickly agreed on the breed and then started to look for a Large Munsterlander. With the help of my parents in Germany we finally found the kennel “vom Freihof” and bought a male from their current litter.

Thus, I got “my” first dog “Alf vom Freihof” (born on February 16, 1990). He was owned officially by my boyfriend but I was lucky to get the opportunity to train him. He was an “alpha dog” , which was not always easy. But it was always an adventure. Impressed by this male I decided to buy a female with the same bloodlines from the kennel of Horst Zimmermann in Abtsbessingen (Germany). “Beauty vom Freihof” (born on March 5, 1991) was a true beauty. She had it all: beauty, a hunting character and obedience. I enjoyed every moment with her. Soon I made plans to use her for breeding. When she was well trained for the VGP and had extensive experience in hunting a fatal accident destroyed all our dreams. Beauty died on February 9, 1993.

I was not alone with my pain. Some time ago I had taken another female dog from an Austrian breeder home to join Beauty and me. “Bianka von der Erlleiten” (born on April 23, 1992) was the last puppy from a litter in Upper Austria and already 12 weeks old when I decided to buy her. Thanks to Beauty Bianka was no problem at all. This little bitch always focused on Beauty in training and learned easily. At the age of 4 months she would retrieve ducks from the lake like an adult dog. And in her first autumn she was able to participate in all the game hunting with Beauty and me. She became my first breeding bitch and I applied for the name of our kennel in 1993.

The name “vom Tannermoor” was not my idea. It was a suggestion by the former president of the Austrian Club of Small and Large Munsterlander and successful breeders of Small Munsterlander, Mr. and Mrs. Schwarz in Vienna. I wanted a name which had a connection to the roots of this breed, one that conjured up willows, swamp lands or pine forests. And the name should also have some reference to the kennel itself. It was not easy. Many names that would be appropriate were already in use and protected by the FCI. I was happy to get this idea from the Schwarz’, which is the name of a wonderful nature preserve in Upper Austria. From the first moment I liked it. I applied for this kennel name and my application was approved.

The litters A to D were born in Lower Austria. In the meantime, the puppies from my current dog “Bunny vom Dorfplatzl” (born on March 12, 2005), a grandchild of Bianka and daughter of her son “Chester vom Tannermoor”, are on their way to becoming good hunting dogs. And I was able to ensure the old bloodlines and continue this valuable lineage.
In 2009 I moved back to the Bavaria region of Germany. Consequently the kennel was also moved to the country of the source of this breed and owner of the FCI standard.

Chronology of the Kennel 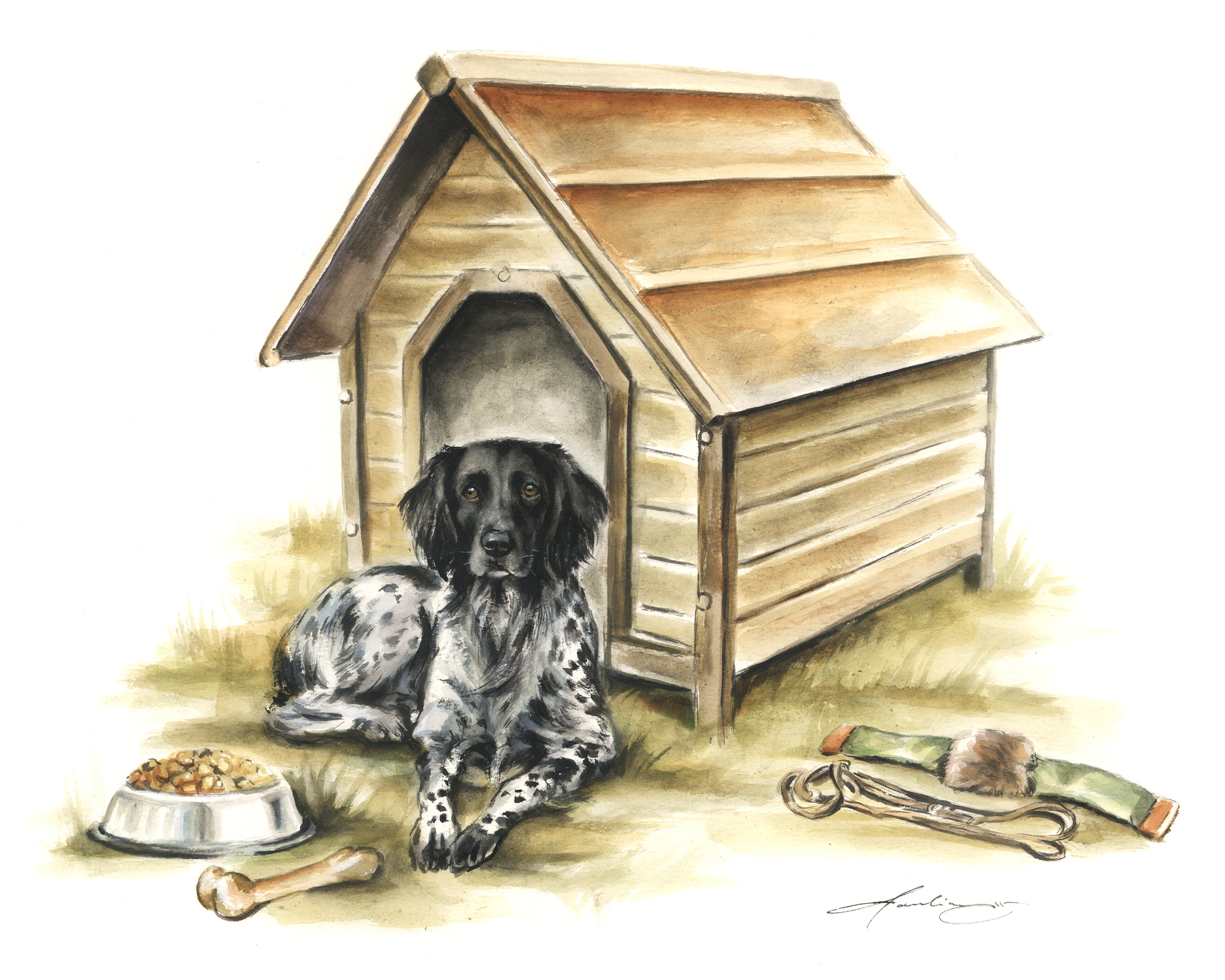